After wildfires, pantry reopening ‘a lifesaver’

Early in the morning on September 8, a neighbor banged on Don’s front door with an urgent warning:

“You better have stuff ready, because it’s time to go!”

Wildfires were raging through Santiam Canyon, forcing thousands of residents to flee to safety. Don and his wife, Carolyn, had just moved from California two months prior. They would spend three weeks sheltering at hotels in Eugene and Salem before returning to their Idanha home last Thursday.

The morning after returning home, Don visited the Idanha/Detroit Community Food Pantry as it opened its doors for the first time since the wildfires struck.

With much of the food in their home spoiled and no grocery stores nearby, the pantry’s reopening was crucial to helping Don and his wife with their return home.

“This has been a lifesaver, I’ll put it that way,” he said. “And the people that run it and work here are just ready to help, any time you want.”

According to Gregg, pastor of the Idanha Community Church and a driving force behind the pantry, opening as quickly as possible after the fires was a crucial step toward helping the community recover.

“They’re in kind of a pickle up there, so we had to get back in business as soon as we could,” he said.

An hour into Friday’s opening, a steady stream of community members arrived to pick up essentials including fresh dairy, produce, meat, frozen and canned foods.

Pantry volunteer Rod, who had helped restock the pantry with 3,000 pounds of food from Marion Polk Food Share, joked with visitors while suggesting different foods and inquiring about the well-being of their families and neighbors.

The pantry’s re-opening gave Don the opportunity to not only restock his kitchen, but to reconnect with the neighbors and pantry volunteers who have welcomed him and his wife with open arms.

“People seem like they hang together throughout this community,” he said, adding that the pantry is a major part of that. “It’s fantastic how good it is. Anybody that needs anything can come by. It’s all here for them – all they have to do is come and ask.”

Caring community members throughout Marion and Polk counties have come together to ensure that people impacted by the wildfires will have access to fresh, healthy food. Because of people like you, Marion Polk Food Share will continue to support our partner agencies in Santiam Canyon, including the Idanha/Detroit Community Food Pantry, as they support their communities. 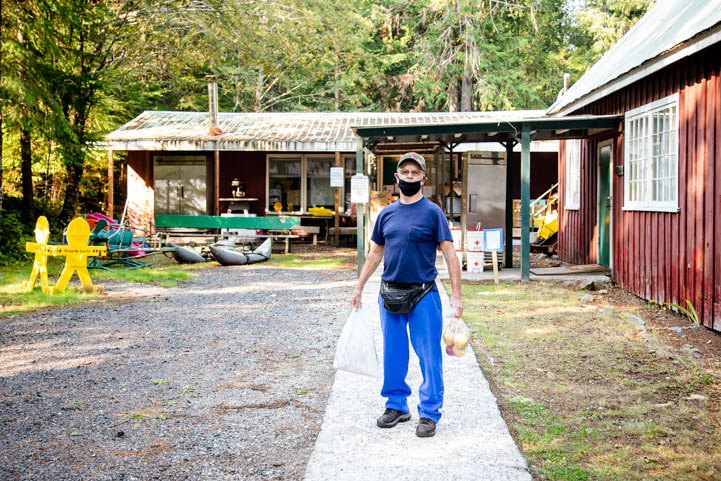 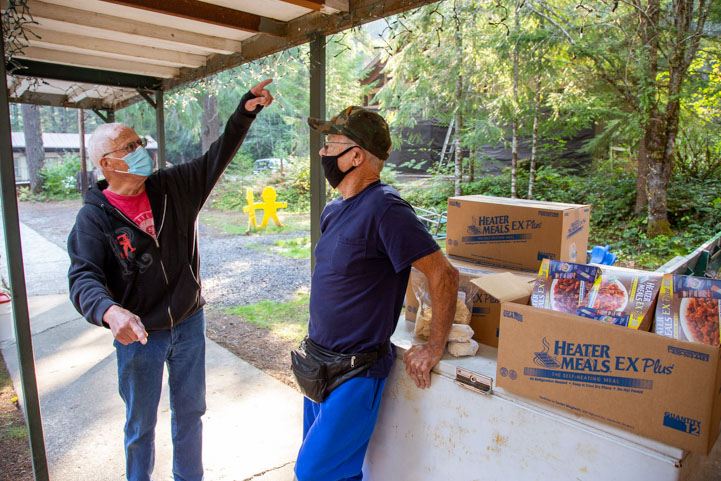 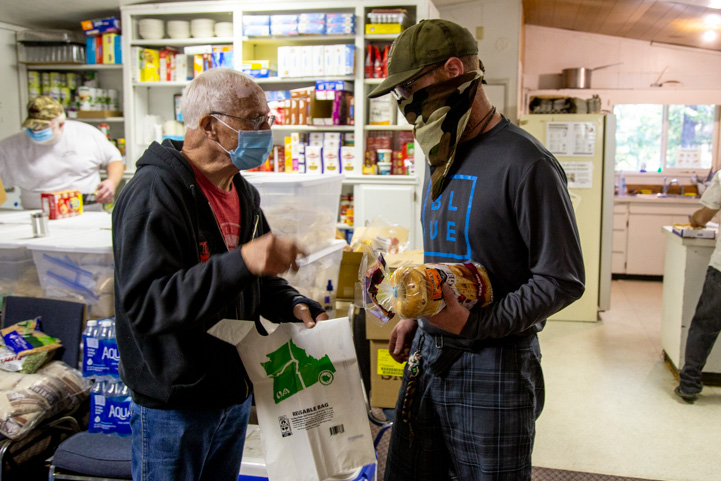 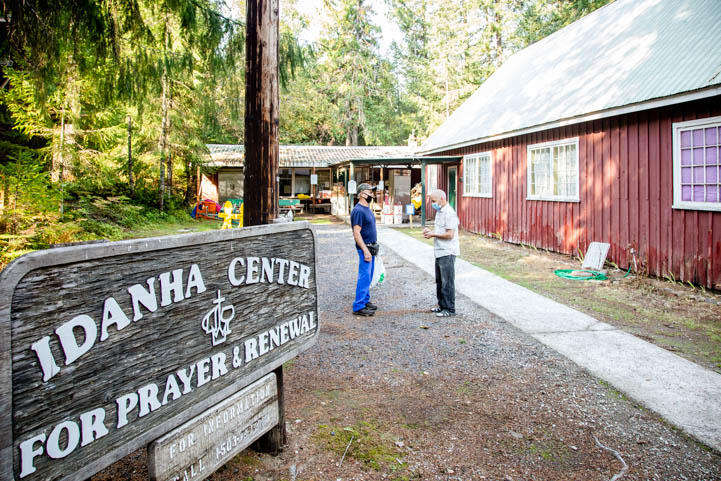 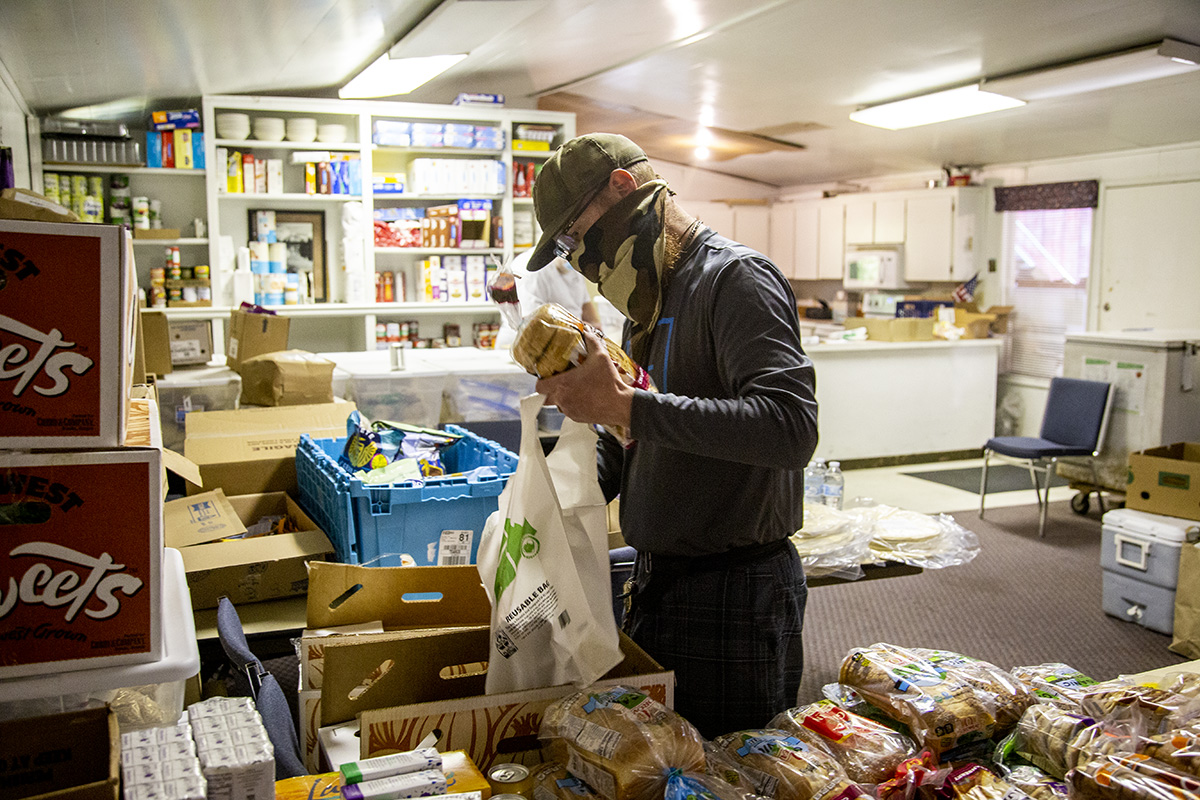 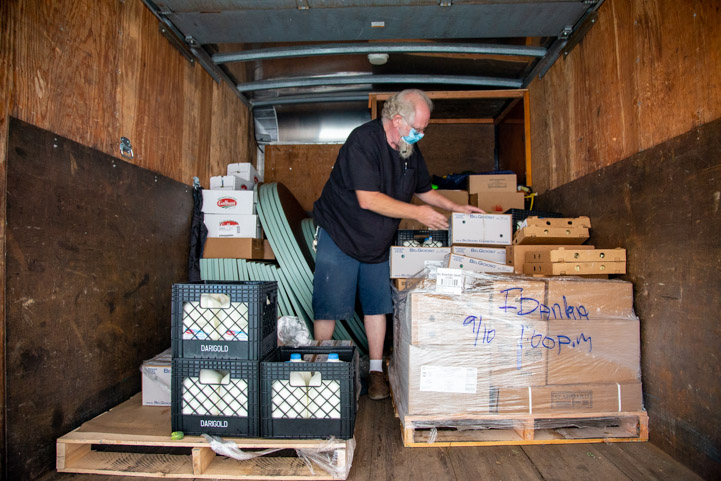 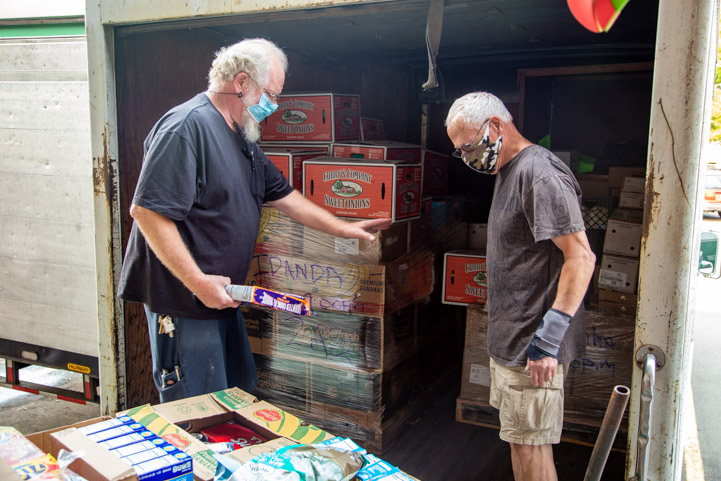 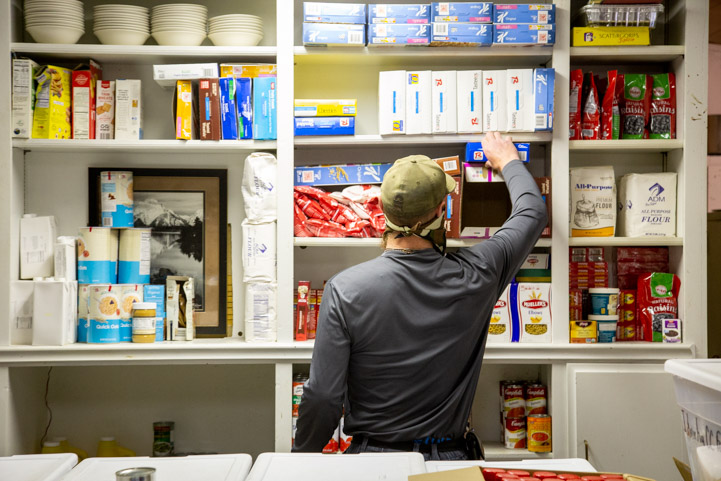 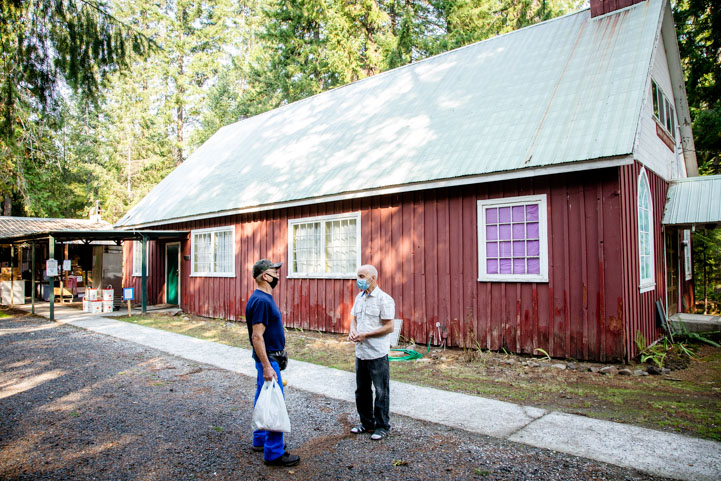