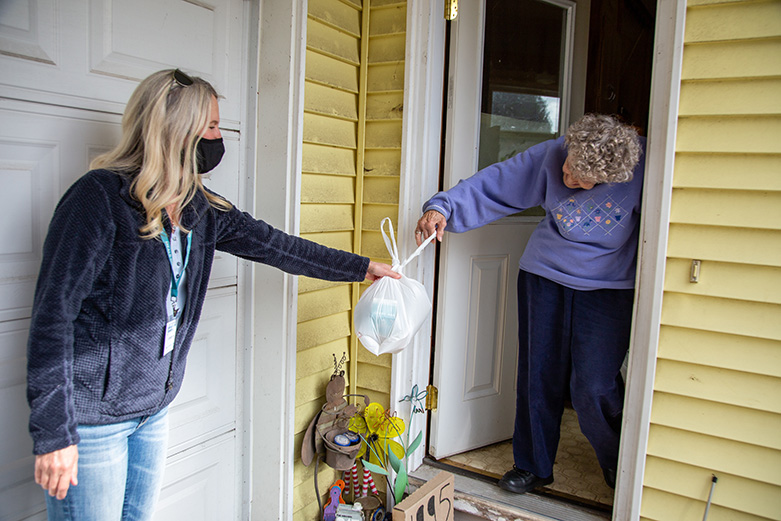 When a major ice storm swept through the Salem area over Presidents’ Day weekend last month, it caused widespread power outages that left many people without heat, lights, or the ability to prepare food.

Spending multiple days in the dark and cold without warm meals was difficult for the thousands of mid-Willamette Valley residents who lost electricity. For many vulnerable senior citizens, the situation was even more distressing and potentially dangerous.

Fortunately for the hundreds of seniors who receive home delivery from Marion Polk Food Share’s Meals on Wheels program, the impact of the storm was lessened thanks to early preparation by Meals on Wheels staff and the dedication of volunteers like Grace.

When she began volunteering for Meals on Wheels last year, Grace was seeking a service opportunity after mourning the death of her husband, who fell ill and passed away at 47 years of age.

“I thought, ‘this would be a good thing to get me back out there in the world,’ because I had been struggling personally,” she said. “It helped me so much.”

As the storm played out, Grace felt concerned for the well-being of the seniors she has grown close to in her seven months as a Meals on Wheels driver.

“I was really worried about my clients over the weekend, just wondering if everybody was staying warm,” she said. “A lot of these people don’t have anyone else that they’re connected to other than volunteers at Meals on Wheels.” 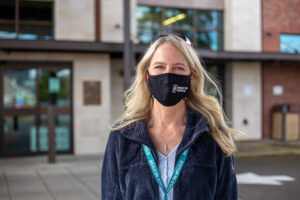 Grace is among the Meals on Wheels volunteers who checked on seniors after last month’s ice storm.

The week of the ice storm was an unprecedented one in a year that has brought Meals on Wheels many unique challenges. The program’s kitchen lost power during the storm, resulting in the loss of refrigerated food and limiting ability to prepare more meals.

Days before the storm hit, volunteers supplemented regular deliveries with emergency boxes prepared by Meals on Wheels staff containing shelf-stable, ready-to-eat food. For clients who rely heavily on home-delivered food, the boxes were intended to last through the days when delivery of prepared meals might not be possible.

When the long weekend was over, with ice thawed and debris removal underway, Grace was one of many volunteers who opted to drive their normal routes and ensure clients were faring well in the storm’s aftermath.

“We didn’t have food to deliver, so we were just asked to go out and check on everyone to see how they were doing,” she said.

She encountered some clients who were distraught by the circumstances and in need of somebody to talk to.

“Some of them were scared, and so it was a great opportunity to offer some comfort and support and see if they were alright.”

Many seniors appreciated the volunteers checking in to make them feel less alone, and volunteers were grateful for the opportunity to do so. According to Grace, her clients were thankful to have her there as somebody with whom to talk and connect.

“A couple of my clients were fairly distressed, they were having difficult days. It was a bit more emotional than normal,” she said. “There were people that needed some more time to talk, and connect with someone.”

“That’s what was needed at the time – to listen and to check in so clients could see familiar faces and know everything was going to be okay,” Grace said.

Helping ensure the seniors she’s built personal connections with were safe and that their needs were being met in the wake of the storm speaks to the epitome of Meals on Wheels’ mission, Grace said, and is a big part of why she got involved in the program.

“It’s just such a great service in allowing people to stay on their own longer by getting food and having somebody that’s looking in on them,” she said. “I just feel really grateful and appreciative that I am able to help facilitate that.” 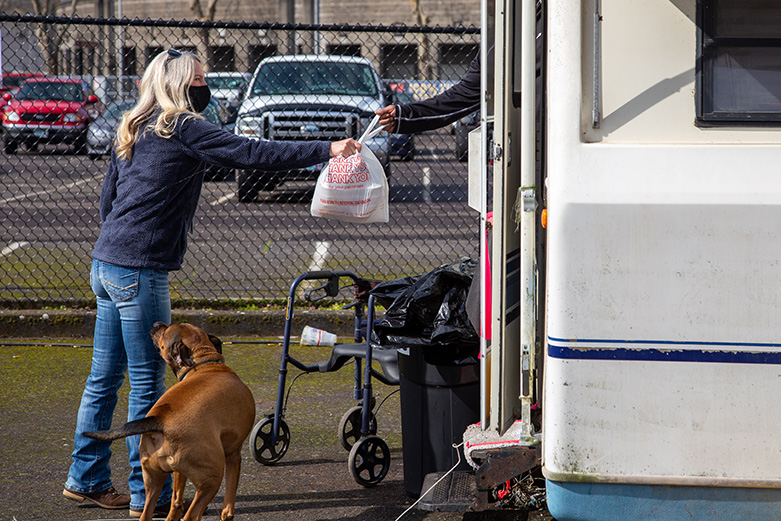 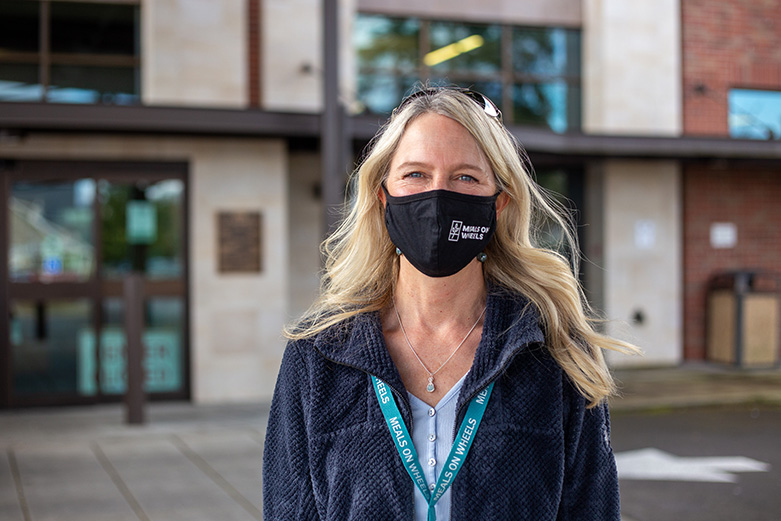 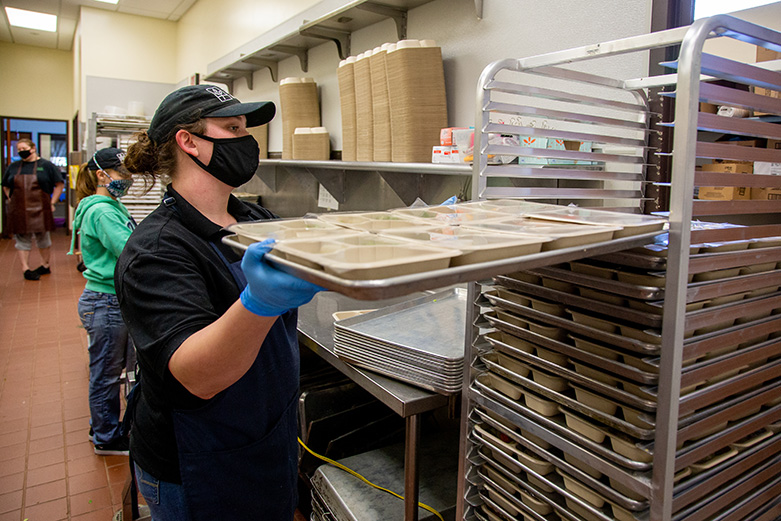 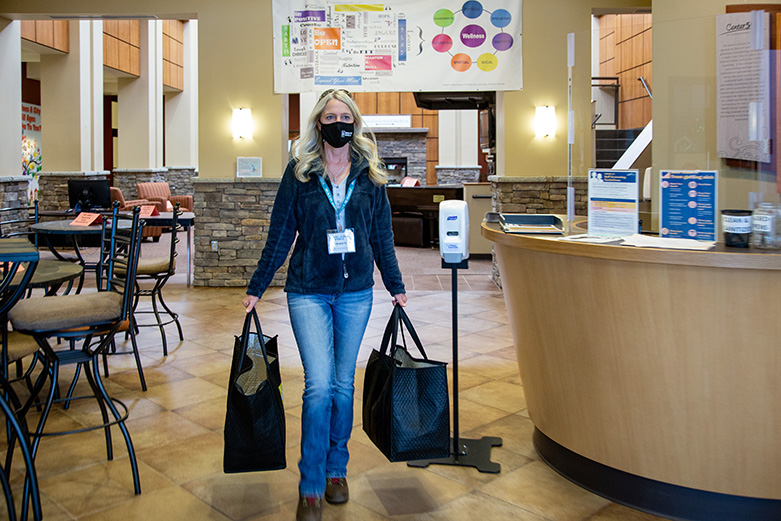 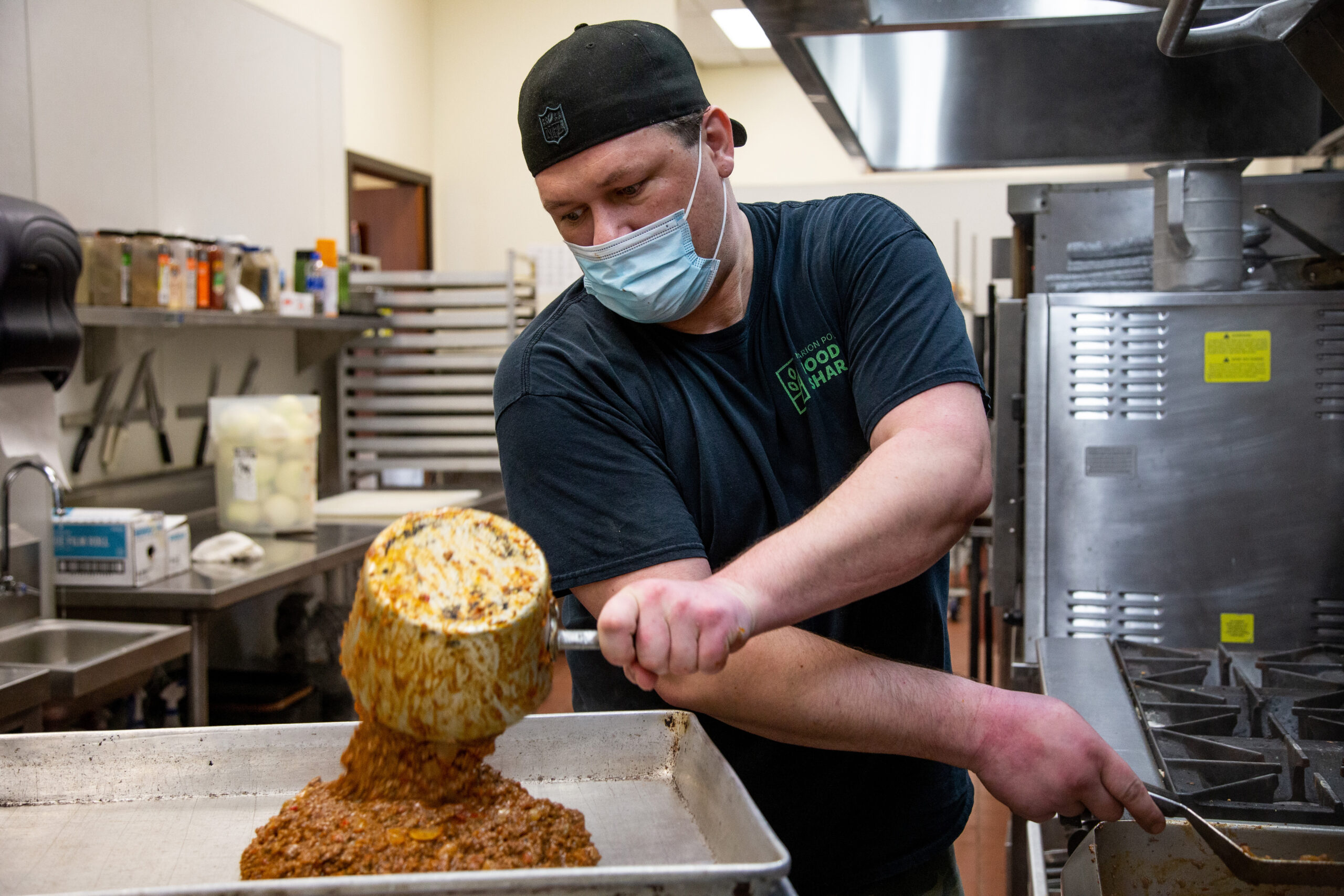 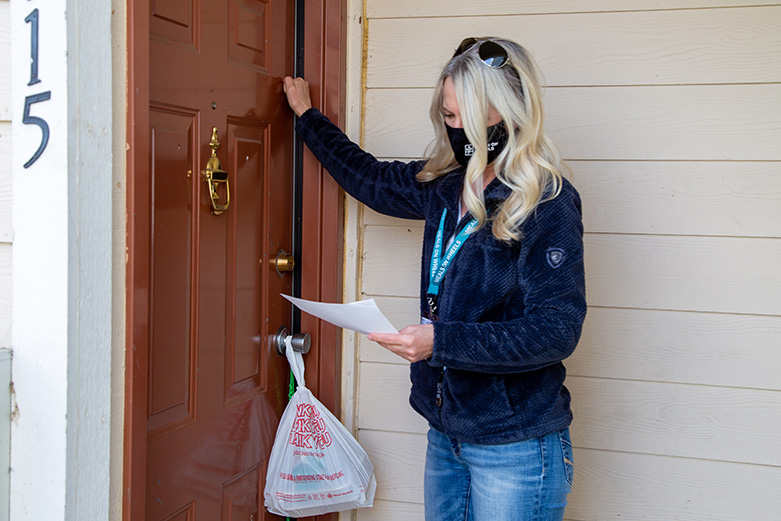 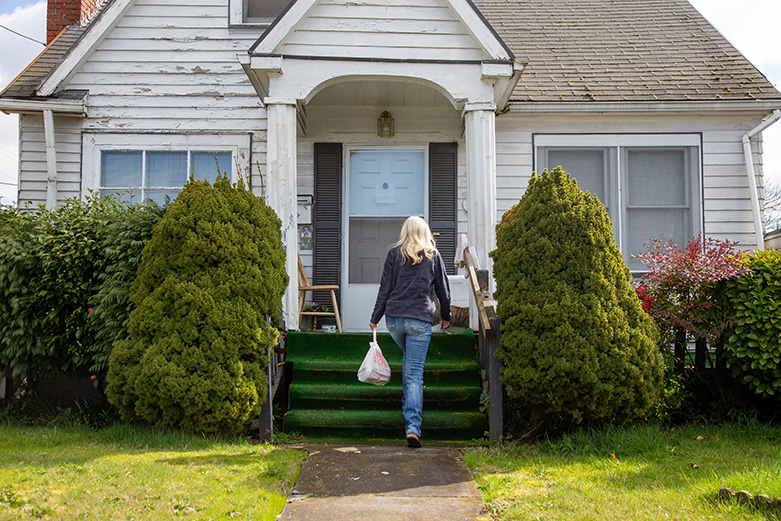 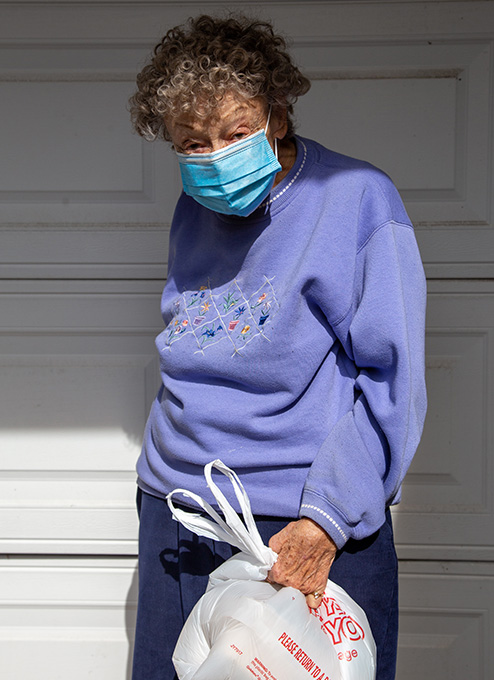 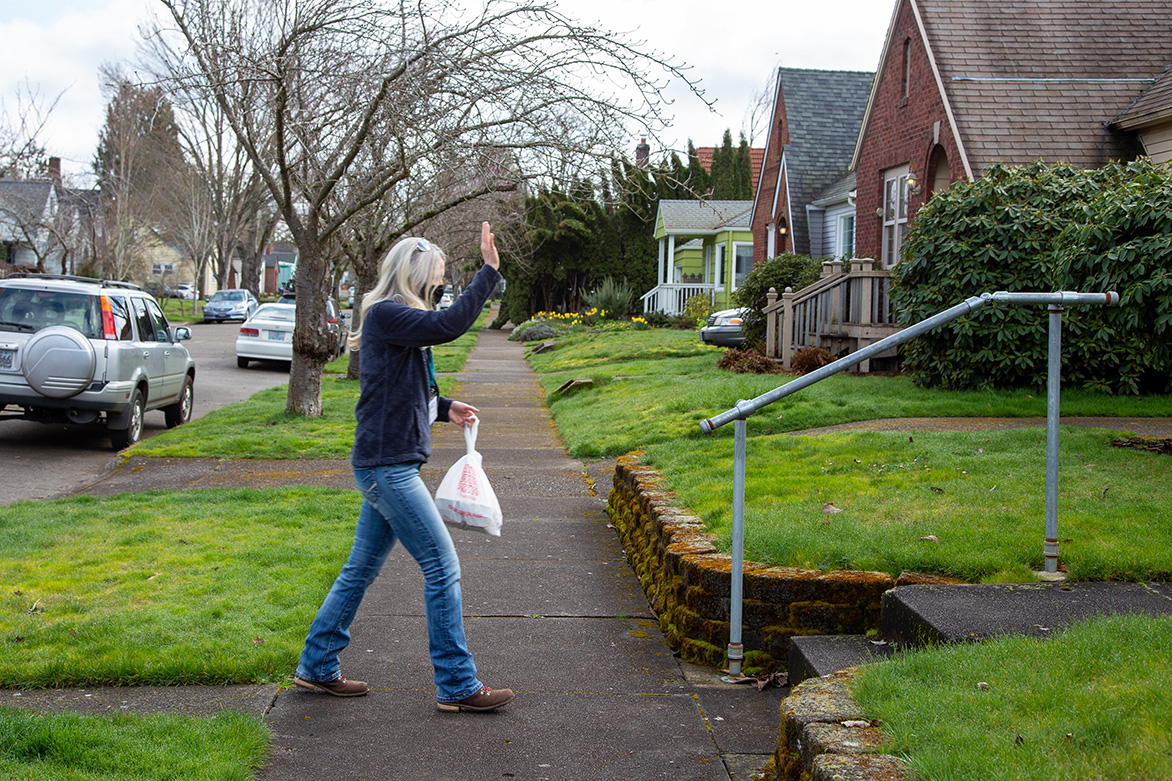 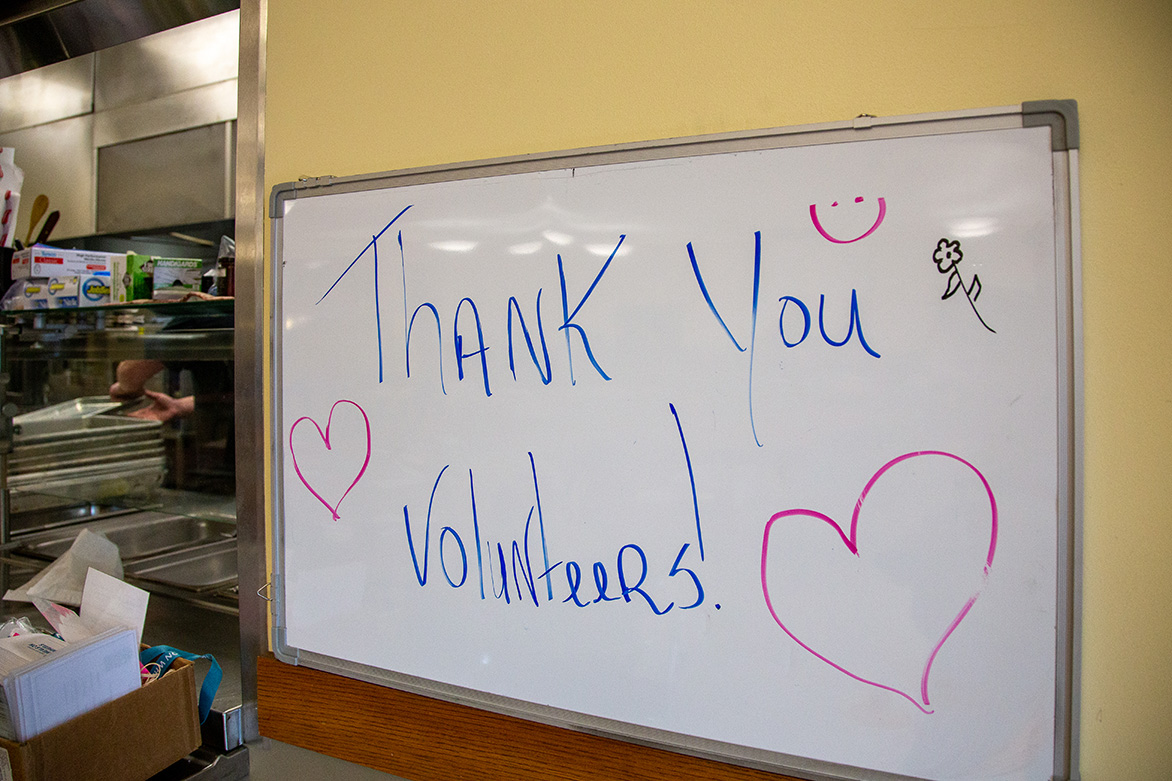