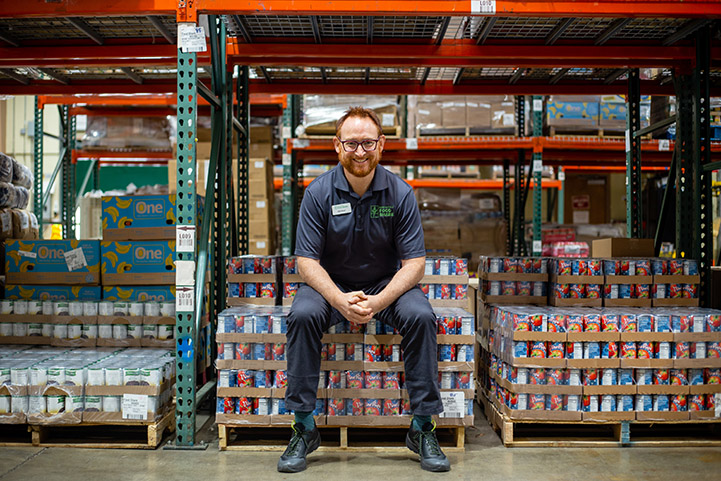 Last week, Rick Gaupo celebrated his 10-year anniversary with Marion Polk Food Share. During his time as President & CEO, Rick has grown the Food Share’s focus on providing our neighbors with nutritious food while overseeing program expansions that have increased the ways in which the Food Share serves the community.

Among the highlights of his tenure, Rick says, was the expansion of the Food Share’s programs to include Meals on Wheels.

“That was so in line with our mission, to think about who doesn’t have good access to healthy food. Many seniors didn’t, and to be able to add Meals on Wheels and to grow it substantially, that’s been huge,” Rick says. “I’m proud that we’ve done that.”

In addition to Meals on Wheels, Rick has helped guide the expansion of the Food Share’s programs to include the Youth Farm, AWARE Food Bank in Woodburn and the Iskam MǝkʰMǝk-Haws pantry in Grande Ronde.

As a self-professed budgeting geek, Rick says that one of his favorite parts of the job is figuring out how best to serve the community while managing and growing the Food Share.

“There’s this joy that I get in my position which is really being able to ask, how are we best going to serve the community this year and in the years to come?” he says. “Nonprofits exist to help build a community people want to live in, and I like thinking about how our programs are going to grow.”

In envisioning what the next 10 years hold, Rick looks forward to guiding the Food Share toward being an agent for change by identifying and organizing community participation around the issue of hunger.

That could include working with communities to identify service gaps among people who are geographically isolated from pantries, connecting people in need with SNAP assistance and other food benefits, or expanding Meals on Wheels to reach more seniors.

“The community-based service model means that, 10 years from now, whether you live in Dallas or Independence, or Silverton or Woodburn, each community could say, ‘I know how we’re addressing hunger in our community,’” he says.