AWARE continues to serve in aftermath of fire 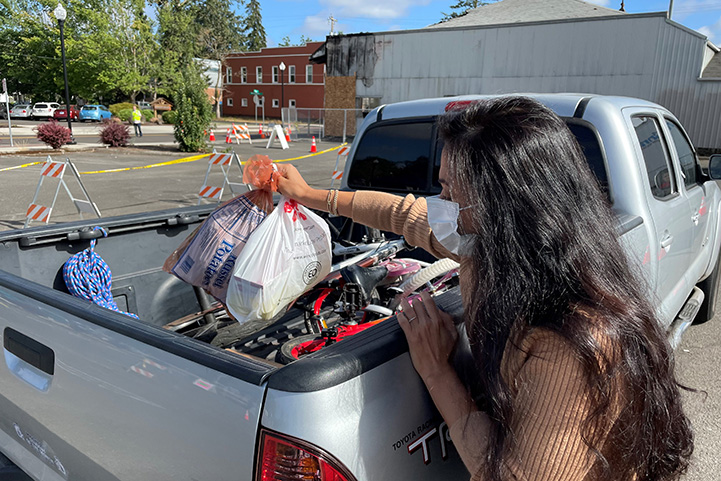 Gabriella, Pantry Manager for AWARE Food Bank, loads food into a pantry client’s vehicle during a drive-through distribution held days after the pantry was severely damaged in a fire.

When a fire forced AWARE Food Bank to close its doors this summer, it resulted in a lot of uncertainty over the pantry’s future.

“We had people coming up to us crying, thinking that we were going to be closed,” says Gabriella, AWARE’s Pantry Manager. “They were crying, afraid that we weren’t going to open again at all and didn’t know where to go.”

For many people in the Woodburn area, losing access to the food provided by AWARE would be a serious hardship. During the first six months of this year, the pantry served over 1,500 households and impacted more than 5,700 individuals every month.

AWARE is directly managed by Marion Polk Food Share, and the 1.3 million pounds of food it distributed last year accounted for about 10% of the Food Share’s overall yearly distribution. Its building in downtown Woodburn is a hub of activity where a diverse clientele can go for not only food assistance, toiletries, and other household essentials, but also access to social services and a sense of community. 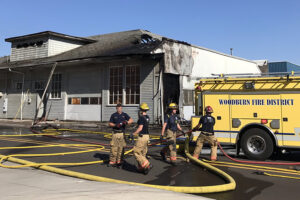 That’s why, after the fire tore through the building and destroyed a significant amount of the structure along with many thousands of pounds of food on Aug. 16, AWARE volunteers and staff made it a priority to resume serving the community as quickly as possible.

With help from partners at the City of Woodburn, AWARE missed only one regular service day before resuming food distribution at a city-owned parking lot on Aug. 19.

The city provided the parking lot, signage, and traffic control for the food distributions, as well as a fence and nighttime security guard for the damaged building. The Woodburn community responded with an outpouring of support, including donations and volunteer time.

“To see everybody rally together has been unlike anything I’ve ever seen or expected,” says Gabriella.

She says clients are relieved to know that they can still rely on AWARE despite the fire and building closure.

“When we inform them that we’re going to reopen the food bank, we see a great big sigh of relief,” she says. “AWARE Food Bank isn’t going anywhere. We’re here to stay.”

Please donate to make sure our neighbors in Woodburn continue to receive the healthy food they need. 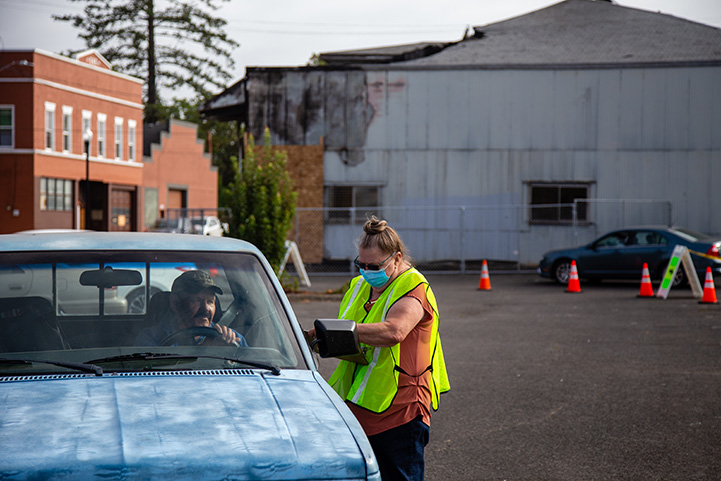 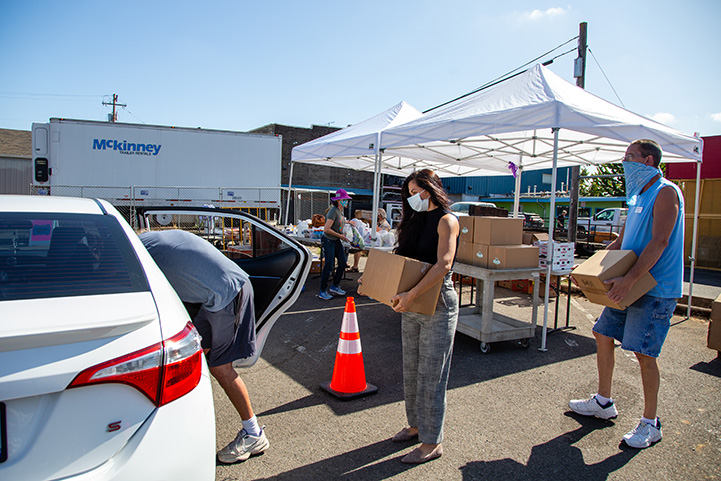 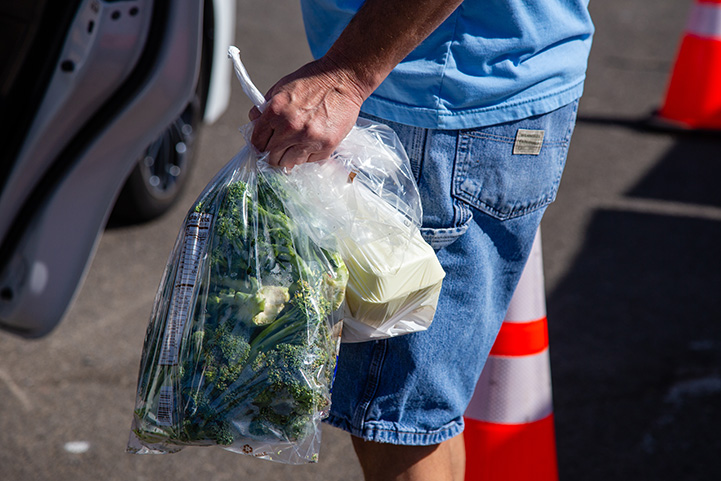 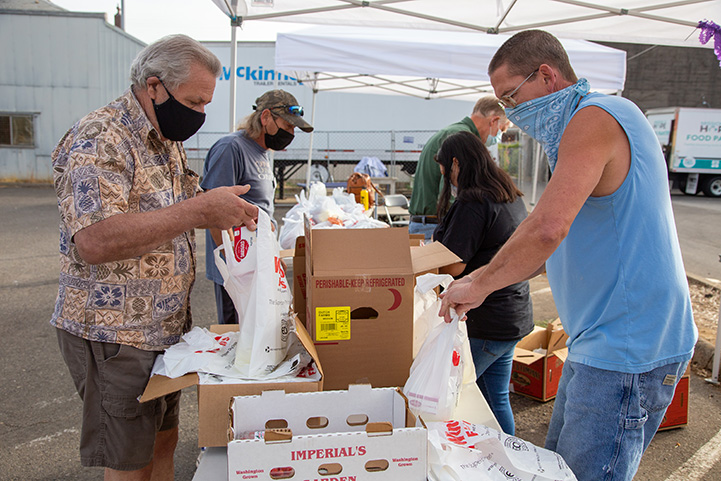 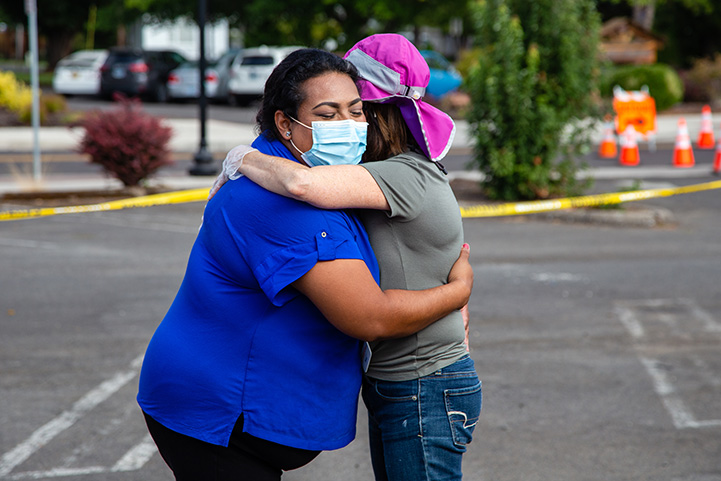 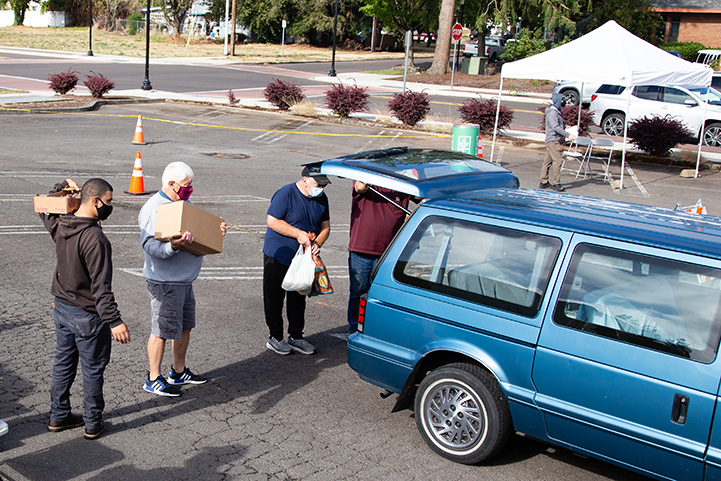 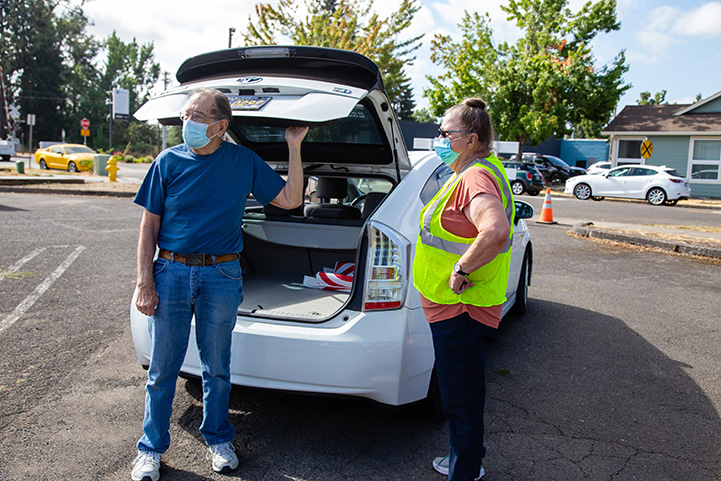 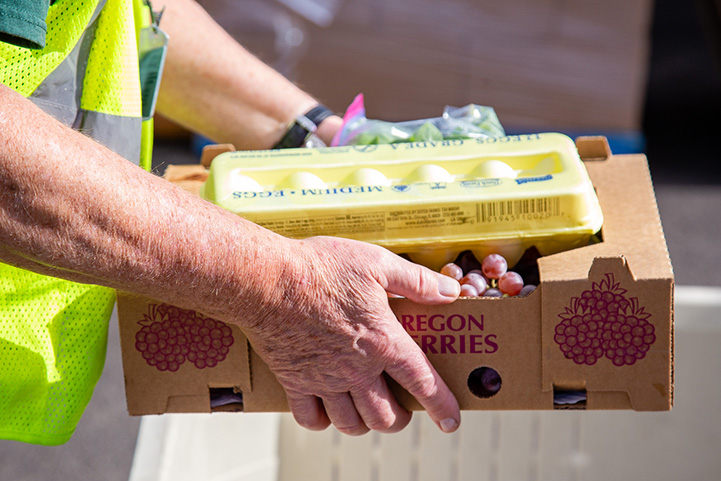