Feeding families most in need 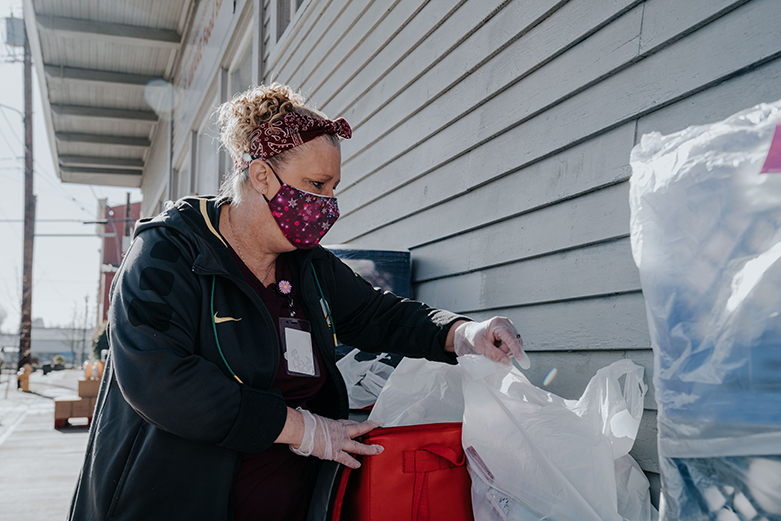 The district began providing grab-and-go breakfast and lunch meals at AWARE during the pantry’s four weekly food distributions. Because it can be challenging for some families to visit both AWARE and a district meal distribution site, the goal was to provide food for children and families in one place.

“We realized, wow, this is where we should’ve been the whole time,” Chelsea says.

The district has tried to reach as many students as possible during the pandemic, but it hasn’t been easy. Despite conducting meal pick-ups at 4 school sites and at a local housing development, as well as sending meals out on bus routes for students in outlying areas, they were only able to reach about 1,000 of 5,600 enrolled students.

“When the kiddos are at school it’s really easy to serve them, because they’re here, we’re here, they can access food,” Chelsea says.

With students not in school every day, it’s not so easy. For families with parents who have to work all day, or where transportation is an issue, accessing food can be a challenge. When the district added AWARE as a pick-up site, they were quickly able to reach many more families – within just two weeks of starting, they went from providing about 85 meals daily to nearly 200 at AWARE. 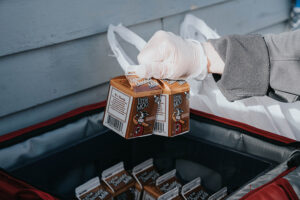 The partnership between AWARE and the district is “like a dream team,” Chelsea says. Because the district’s Nutrition Services program and AWARE both serve families, providing meals at the pantry just makes sense.

“I think that AWARE really feeds our most needy families,” Chelsea said. “They feed the heart of Woodburn, and we hadn’t thought about partnering with them before because we figured they had the same mission we did, which is serving our community.”

Shortly after the program began, Oregon’s schools began making their way back to in-person learning at the direction of Gov. Kate Brown. As a result, the district’s pick-ups at AWARE concluded in April, but the door has been opened for similar collaborations in the future.

Thank you for helping to provide food to school children in the community.

Letter from the President: June 2021